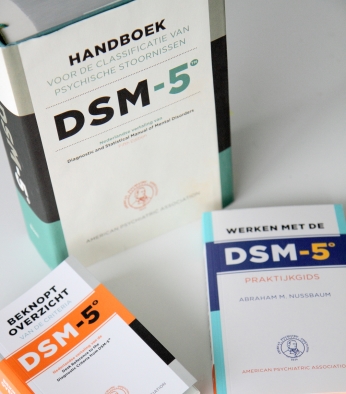 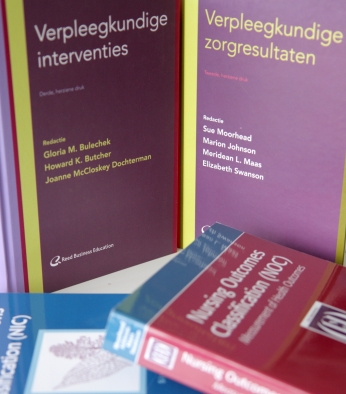 What the media have to say about DSM-5:

"The Dutch translation of the DSM-5 is surprisingly good"

"Finally, a word of praise for the translators [..] who made this work accessible for Dutch nurses. It must have been a ginormous job."

MedicaMerkus can take on large projects – it all depends on what you prefer. We can offer you project leadership, translation, proofreading, final editing and even production. Drawing on our large network of experienced professionals, we can put together a team in which all required skills are represented at least twice. This means there is backup for each position in the team, and thus very little risk of undue delay. Below are some examples from our more noteworthy projects and a description of the roles involved:

NANDA International is originally an American organization that seeks to promote the implementation of nursing diagnosis and standardised nursing terminology to prevent confusion of concepts across health care organizations, and between scientific research and professional practice. In many countries, as in the Netherlands, terminology related to nurses' clinical judgements has been translated for this purpose. In collaboration with the Dutch NANDA-I Network, we have worked on the Dutch language translations of several publications related to these taxonomies.

In recent years in particular, the fact that key translations were completed by different translators and were published by different publishers, has presented a major challenge to consistency of terminology. Therefore, we have been making an effort to improve the consistency of the terminology in the various translations in close cooperation with the NANDA-I-Network.

We have translated NANDA publications such as NANDA-I, NIC, NOC, Gordon, Townsend and Carpenito.

"A trustworthy partner, pleasant and a good communicator, and who, together with all the people involved, is capable of successfully handling complex projects in a short time frame. After a number DSM-5-titles, I know I can leave it to Hilde and everything will turn out right! This is a very reassuring thought."

The DSM-5®: the standard classification of mental disorders; a 1200-page reference work for the entire mental health care profession, authored by the American Psychiatric Association (APA).

MedicaMerkus provided the translation of this book for Boom Publishers. This involved:

Professor Michiel W. Hengeveld was the key Subject Matter Expert for our translation team. Professor Hengeveld had a large team of colleagues at his disposal who were all experts in their psychiatric specialties.

Our project team consisted of eight people in potentially interchangeable roles, thus ensuring backup. Three of these were able to assume the position of project leaders, two were capable of the final editing, with two being able to work as proofreaders and five as translators.